Jews in the Obama administration

The Jewish Virtual Library recently published a list of all the Jews currently serving in the Obama administration, many of whom occupy key strategic positions in the Obama White House and federal government. Current members include:

National security, foreign policy, and fiscal, monetary, and economic policy are largely controlled by Jewish apparatchiks. The Jewish Virtual Library also included a listed of Jews who formerly served in the Obama administration, including:
When you consider the fact that 12 United States Senators and 22 Congressional Representatives, many of whom chair some of the most strategically important Congressional committees, are Jewish, that the various pro-Israel largely Jewish lobbying organizations (AIPAC, American Jewish Congress, American Jewish Committee, etc.) essentially dominate American politics and elections, and that 3 of the 9 United States Supreme Court Justices are Jewish, is it really a stretch to say that the United States federal government is largely controlled by a tiny, yet quite powerful, minority?

And then consider the fact that the mass media and Hollywood are under the control and influence of Jewish financial and political interests, Wall Street and the Federal Reserve System are for all intents and purposes Jewish monopolies, and that Jews are extremely influential in academia and higher education.

It is time for the American people to recognize the fact that an extremely hostile, alien elite is controlling their country, operating it for their own personal and tribal benefit at the expense of everyone else.
Posted by The Realist Report at 8:30 PM

Email ThisBlogThis!Share to TwitterShare to FacebookShare to Pinterest
Labels: News from the Jews

Thanks for reading! Comments are welcome but are not guaranteed to be published. Please refrain from using curse words and other derogatory language. Published comments do not always reflect the views of this blog.

"Ye shall know the Truth and the Truth will set you free."

"I love the man that can smile in troubles - that can gather strength from distress, and grow brave by reflection. It is the business of little minds to shrink; but he, whose heart is firm, and whose conscience approves his conduct, will pursue his principles unto death."
"I dwell not upon the vapours of imagination, I bring reason to your ears; and in language as plain as A,B,C, hold up truth to your eyes."
- Thomas Paine, American Crisis I

"Europe, and not England, is the parent country of America. This new world hath been the asylum for the persecuted lovers of civil and religious liberty from every part of Europe. [...]
[...] we claim brotherhood with every European Christian, and triumph in the generosity of the sentiment."
- Thomas Paine, Common Sense

"The men the American people admire most extravagantly are the greatest liars; the men they detest most violently are those who try to tell them the truth."

"He who would live must fight. He who does not wish to fight in this world, where permanent struggle is the law of life, has not the right to exist."
"If the Marxist teaching were to be accepted as the foundation of the life of the universe, it would lead to the disappearance of all order that is conceivable to the human mind. And thus the adoption of such a law would provoke chaos in the structure of the greatest organism that we know, with the result that the inhabitants of this earthly planet would finally disappear.

Should the Jew, with the aid of his Marxist creed, triumph over the people of this world, his Crown will be the funeral wreath of mankind, and this planet will once again follow its orbit through ether, without any human life on its surface, as it did millions of years ago. And so I believe to-day that my conduct is in accordance with the will of the Almighty Creator. In standing guard against the Jew I am defending the handiwork of the Lord." 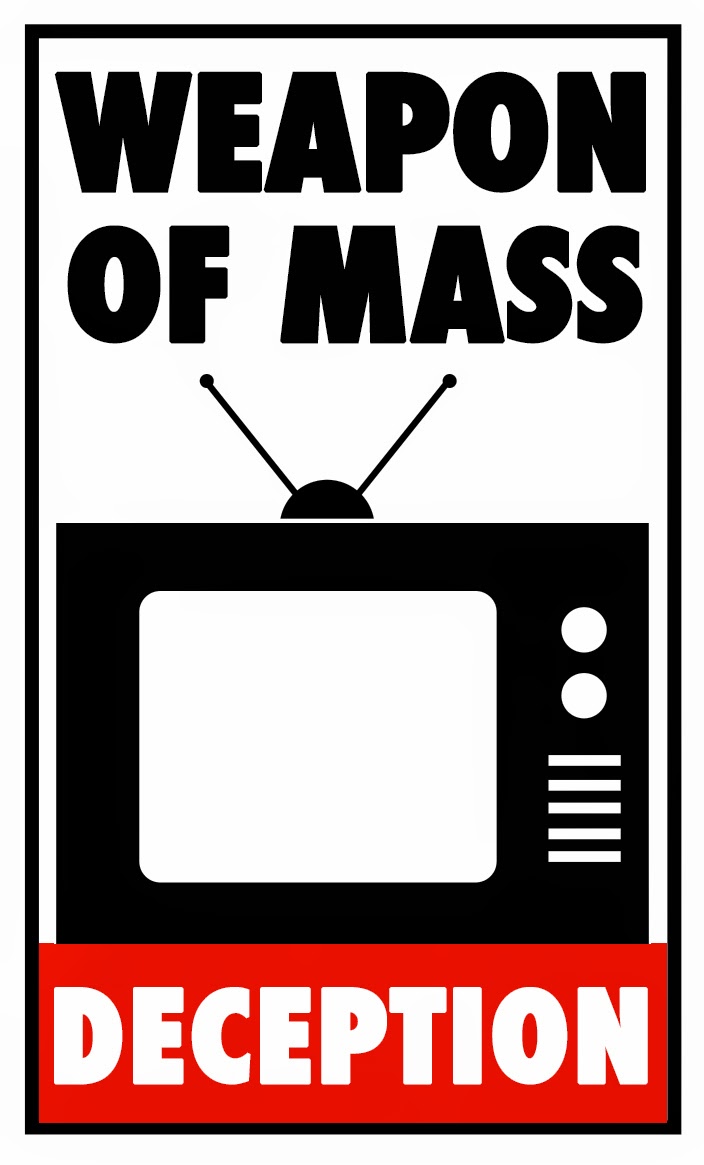 "There will come a day when all the lies will collapse under their own weight, and the truth will triumph again."
"The Jew is immunized against all dangers: one may call him a scoundrel, parasite, swindler, profiteer, it all runs off him like water off a raincoat. But call him a Jew and you will be astonished at how he recoils, how injured he is, how he suddenly shrinks back: “I’ve been found out.” - Joseph Goebbels

"... one who fights for God and his people, even if alone, will never be defeated."

"There is, among all those in various parts of the world who serve their people, a kinship of sympathy, as there is such a kinship among those who labor for the destruction of peoples."

"Statesmen, my dear Sir, may plan and speculate for liberty, but it is Religion and Morality alone, which can establish the Principles upon which Freedom can securely stand.
The only foundation for a free Constitution is pure Virtue, and if this cannot be inspired into our People in a greater Measure, than they have it now, they may change their Rulers and the forms of Government, but they will not obtain a lasting liberty."
- John Adams, June 21, 1776

NO MORE WARS FOR ISRAEL!

"In every age it has been the tyrant, the oppressor and the exploiter who has wrapped himself in the cloak of patriotism, or religion, or both to deceive and overawe the People.” - Eugene V. Debs

"God who gave us life gave us liberty. And can the liberties of a nation be thought secure when we have removed their only firm basis, a conviction in the minds of the people that these liberties are of the Gift of God? That they are not to be violated but with His wrath? Indeed, I tremble for my country when I reflect that God is just; that His justice cannot sleep forever."
"I have sworn upon the altar of God eternal hostility against every form of tyranny over the mind of man."
-Thomas Jefferson

"On the other hand, it is certain and must be carefully observed that, if the Jews are responsible for many a shocking historical development, for the fall of many heroic, powerful peoples, still greater is the responsibility of those Europeans who have always from the most base motives encouraged, protected and fostered the disintegrating activity of the Jews, and these are primarily the Princes and the nobility — and that too from the first century of our era to the present day. Open the history of any European nation you like wherever the Jews are numerous and begin to realise their strength, you will always hear bitter complaints against them from the people, from the commercial classes, from the circles of the learned and the poets; everywhere and at all times it is the Princes and the nobility that protect them: the Princes because they need money for their wars, the nobility because they live extravagantly."

- Houston Stewart Chamberlain, The Foundations of the 19th Century, pg. 348

"The great ideal of Judaism is that the whole world shall be imbued with Jewish teaching and that in a Universal Brotherhood of Nations -- a greater Judaism in fact -- all the separate races and religions shall disappear."

"The purpose of history, as I see it, is to uncover the forces which move the pawns on the chess board of the world. This and only this is real history, and anything else, in the final analysis, is of no intrinsic value."
- Willis A. Carto

“A nation can survive its fools, and even the ambitious. But it cannot survive treason from within. An enemy at the gates is less formidable, for he is known and carries his banner openly. But the traitor moves amongst those within the gate freely, his sly whispers rustling through...all the alleys, heard in the very halls of government itself.

For the traitor appears not a traitor; he speaks in accents familiar to his victims, and he wears their face and their arguments, he appeals to the baseness that lies deep in the hearts of all men. He rots the soul of a nation, he works secretly and unknown in the night to undermine the pillars of the city, he infects the body politic so that it can no longer resist. A murderer is less to fear. The traitor is the plague.”

Do you know how to use your brain?

"We Jews, we, the destroyers, will remain the destroyers for ever. Nothing that you will do will meet our needs and demands. We will for ever destroy because we need a world of our own, a God-world, which it is not in your nature to build."
- Maurice Samuels, You Gentiles

"The Jew alone regards his race as superior to humanity, and looks forward not to its ultimate union with other races, but to its triumph over them all and to its final ascendancy under the leadership of a tribal Messiah."

"There will be, in the next generation or so, a pharmacological method of making people love their servitude, and producing dictatorship without tears, so to speak, producing a kind of painless concentration camp for entire societies, so that people will in fact have their liberties taken away from them, but will rather enjoy it, because they will be distracted from any desire to rebel by propaganda or brainwashing, or brainwashing enhanced by pharmacological methods. And this seems to be the final revolution."

“We shirk our patriotic duty in wartime because we are pacifists by nature and tradition, and we are the arch-plotters of universal wars and the chief beneficiaries of those wars (see the late "Dearborn Independent," passim, and "The Protocols of the Elders of Zion"). We are at once the founders and leading adherents of capitalism and the chief perpetrators of the rebellion against capitalism. [...]

You make much noise and fury about the undue Jewish influence in your theaters and movie palaces. Very good; granted your complaint is well-founded. But what is that compared to our staggering influence in your churches, your schools, your laws and your governments, and the very thoughts you think every day? [...]

You have not begun to appreciate the real depth of our guilt. We are intruders. We are disturbers. We are subverters. We have taken your natural world, your ideals, your destiny, and played havoc with them. We have been at the bottom not merely of the latest great war but of nearly all your wars, not only of the Russian but of every other major revolution in your history. We have brought discord and confusion and frustration into your personal and public life. We are still doing it. No one can tell how long we shall go on doing it.”

“All of the perplexities, confusion, and distress in America arises, not from the defects of the Constitution or Confederation, not from want of honor or virtue, so much as from downright ignorance of the nature of coin, credit, and circulation.”

The Realist Report with John Friend (Back Up)

"... the right to set up and establish hereditary government never did, and never can, exist in any generation at any time whatever; that it is of the nature of treason; because it is an attempt to take away the rights of all the minors living at that time, and of all succeeding generations. It is of a degree beyond common treason. It is a sin against nature. The equal right of every generation is a right fixed in the nature of things. It belongs to the son when of age, as it belonged to the father before him."